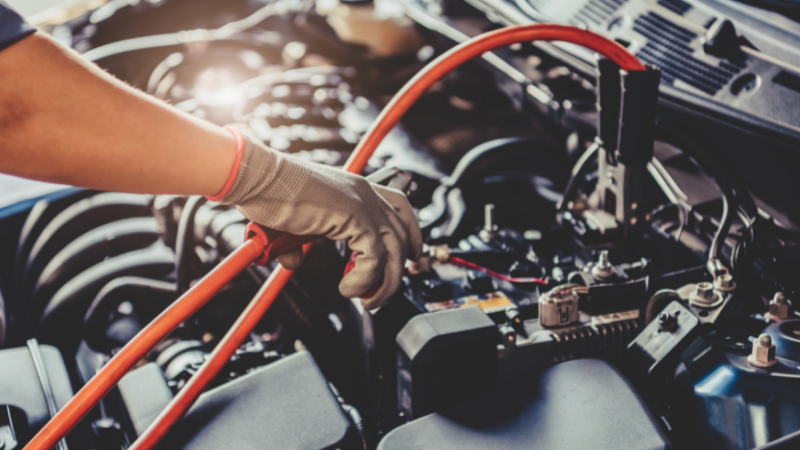 Car Battery Care | What You Need to Know

Car batteries, they work whatever the conditions, right? Well, actually, no. Just like the rest of your car’s components, batteries need a little care and attention to ensure they remain in tip-top condition. So today we are going to look at how to look after your car battery and what you can do to prevent problems.

What is Powered by My Car Battery?

We actually missed a big one out, and it’s kind of crucial. The starter motor is powered by the battery. So that leaves us in a bit of a dilemma, actually…

However, don’t worry. It’s normally a long time until your battery is completely flat…

How Long Can a Car Battery Sit Unused?

This all depends on several factors. The battery’s age is one of the biggest factors in how long it will hold your charge. As a battery charge goes up and down in cycles, it becomes gradually less efficient in holding a charge. As a result, older batteries tend not to hold their charge for quite as long.

As a good average, we’d say that between one and two months is about the maximum time a battery can be left without charging before it goes completely flat… Now you know why you always see repair trucks at the airport!...

Why Does a Car Battery Drain When Not in Use?

Just because your car isn’t running doesn’t mean that it isn’t using any battery power. Several smaller systems are continuously powered. They may not use a lot of charge, but they all take their toll over a long period.

Think about it. The clock in your car uses a minuscule amount of battery 24/7. The immobilizer is a miniature computer required to be ‘on’ all day, every day. The alarm is also constantly ‘on’. And we won’t even mention the electronic handbrake! Live on a hill? Chocks away!

Your battery doesn’t have to be entirely flat either. As you can imagine, it takes quite a bit of juice to turn a starter motor. If you are on the wrong side of enough charge, the engine will refuse to start.

If you were doing your normal half-hour commute, this isn’t a problem. However, if your car has been stood idle for a significant period, then the energy going in might not match the energy going out. Your battery never gets back up to ‘full’, so you are starting (or not) from an unfavourable position.

Looking After Your Car Battery

So now we know the reasons, let’s look at some ways you can keep your motor ticking over.

Cold and moisture can cause corrosion on a battery’s terminals. This degrades both the effectiveness of charging and power flowing from the battery to each system.

Corrosion normally looks like a blue-green ‘rust’. Be sure to clean it away to ensure optimum battery contact.

Ok, it might seem a little extreme. But if you know that the car won’t be used for a while, you can disconnect the battery completely. Great examples of when this might be a good idea are when you go on an extended holiday, or your vehicle will be off the road for a while.

If the battery isn’t connected, then it can’t discharge. (Otherwise, Duracell would be in deep trouble.)

Be sure to make sure you aren’t relying on an electric parking brake. It is quite easy to disconnect a battery. However, they can give a nasty shock, so it might be worth calling the help of a professional.

Be aware that some cars require continuous power to some systems. If in doubt, seek professional advice.

Did you know that when a battery is cold, it discharges quicker? If you’ve been out for a long walk in the cold, you may notice your phone battery dies quicker. The same is true of car batteries.

Well, when we say ‘drive,’ we mean to have your engine ticking over as a minimum. A 15-minute engine run twice a week is plenty to keep your battery nicely topped up.

An important thing to note is that you mustn’t do this in an enclosed space. Exhaust fumes can be lethal if you breathe them in, so make sure that you only run your car in an outdoor space that is well ventilated.

If the engine doesn’t turn over, we’ve got a couple of top tips.

First, don’t keep trying. If the engine struggles to turn over (or nothing happens at all), you’ll only flatten your battery further.

Our second isn’t a fix, but it is a solution. Invest in a pair of jump leads. They are really cheap, and, provided you can find a socially distanced neighbour who is willing to help, you’ll be able to ‘borrow’ the power of someone else’s battery to get the engine started. From there, you’ll have to leave it running to let the alternator do its work.

You can see a really simple video on how to jump-start your car right here.

Time to Invest in a New Battery?

Sometimes you need to know when to give up.

If you have a battery that is losing charge quickly, is heavily corroded, or is just old, your best bet might be to invest in a new battery. They aren’t particularly expensive, and when you consider how much use you get from them, a new car battery might just be a worthy use of your time and money.

Like most car components, your car battery needs care and attention. It is one of the systems that suffer most when the car is idle for a long time. On the other hand, it is easy to keep your battery fully charged. Problems only occur when it is absolutely flat, so little on often is the order of the day to keep it topped up.