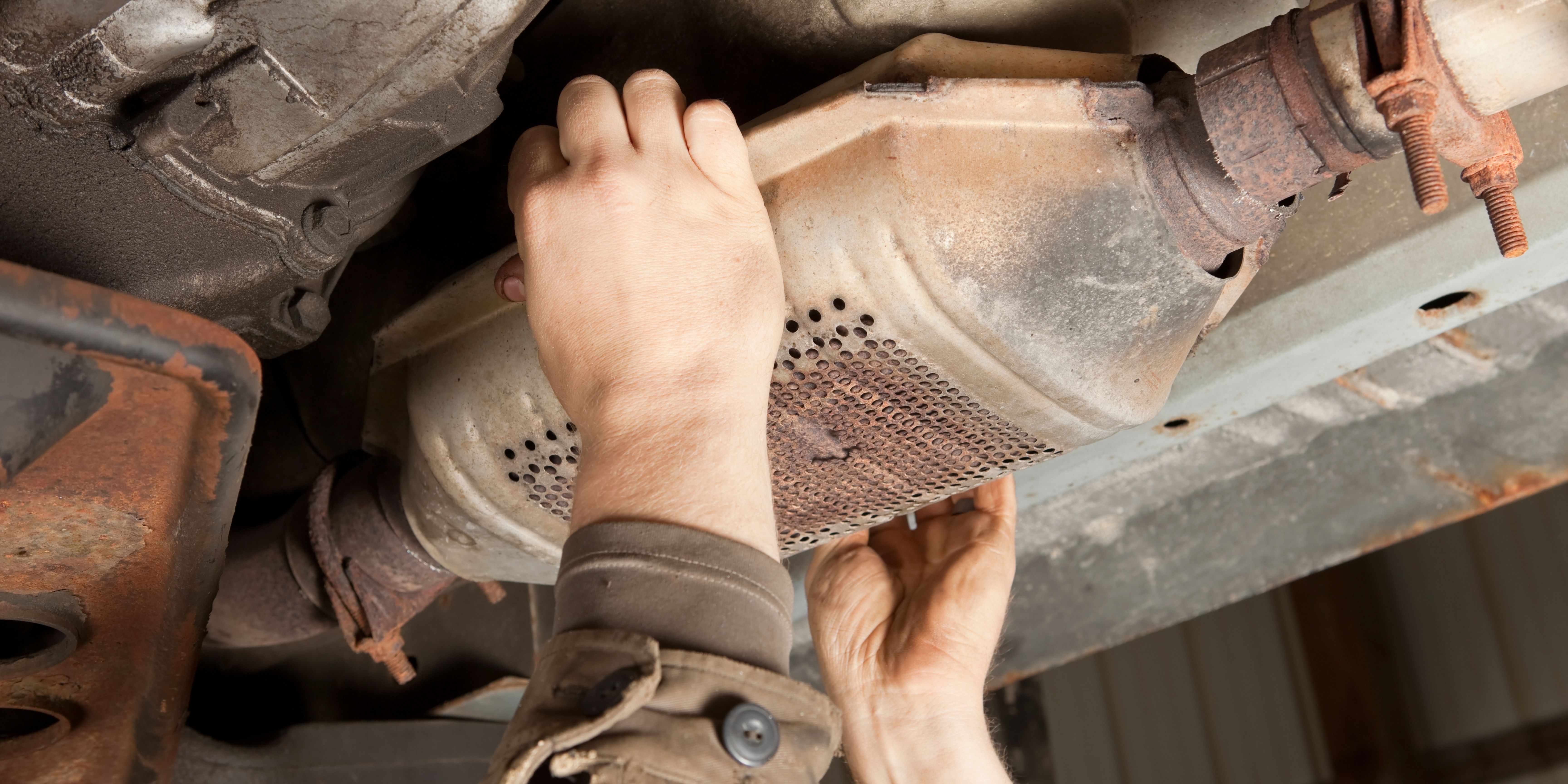 Catalytic Converters Being Stolen? | Here’s Why and How to Prevent it

Car theft and break-ins are not new phenomena, yet thieves’ inventiveness seems to have reached new bounds. Over the last year and a half catalytic converter theft has soared massively. While it might seem strange, there is a reason why it is occurring. Today we’ll cover why catalytic converters have become the new ‘car radio’ regarding theft.

What is a Catalytic Converter?

If you have bought a car that was made after 1993, then it will definitely have a catalytic converter.

Why are Catalytic Converters Being Stolen?

Once you understand the basics behind how a catalytic converter works, you will have a better reason why thieves have set their beady eyes on them.

Without getting too much into the physics, the name of the device gives us a clue… Catalytic converter… Specifically, the ‘catalytic’…

You might remember from GCSE science that a ‘catalyst’ is any element or action that speeds up a chemical reaction. It should be pretty obvious, but the quicker and more efficiently those harmful emissions are converted, the better it is for us all.

Thieves aren’t interested in your exhaust, but they are after the precious metals held within your catalytic converter.

Because a catalytic converter is mounted on the outside of the vehicle (exhaust inside aren’t the best, don’t you know?), they are quite easy to access.

With the right tools, they are also pretty easy to remove!

There are certain types of vehicles that are more susceptible too!

Over years of use, these catalysts within the catalytic converter can become pretty corroded and dirty. It stands to reason that the less corroded the precious metals, the greater their value. Certain cars produce fewer emissions than others...

We are talking about hybrids. They only use the ‘petrol’ side of the engine half of the time. Therefore it is less likely that the precious metals held within the catalytic converter will be corroded.

With an increase of electrically powered vehicles soaring by 140% in 2020, this represents rich pickings for light (and dirty) fingered catalytic converter thieves.

What Can I do to Stop my Catalytic Converter from Being Stolen?

Ok, so car thefts are not a new problem, but there are some common-sense measures you can take to ensure that your catalytic converter doesn’t end up in some dodgy jeweller’s ring counter…

Prevention is the best step. If a thief can’t get to your vehicle, they can’t steal from it.

The easiest way to do this is by locking your vehicle in the garage when it is not being used, particularly overnight.

No, we haven’t witnessed you trying to reverse parallel park in Waitrose. We are talking about how you position your vehicle. If you haven’t got the luxury of a garage, the next best thing is to make it difficult for would-be thieves. Reverse into your space and try and get the rear of the car as close as you can to a fence or wall.

If you have to park on the street, here’s a top tip. Don’t park with two wheels up on a curb. This gives thieves a ‘street jack’, allowing them to easily access the underbelly of your vehicle.

Even if the worst happens, you might still be able to recover your catalytic converter…

This is the most important tip we can offer, especially if you witness someone in the act.

While you might fancy your chances, let us offer you a tip… Most people would rather fight a man in his dressing gown than go to prison. Be sensible, don’t put yourself at risk. It is far better to contact the police and let them deal with the situation (the thieves, not your choice of dressing gown).

Catalytic converter theft is bound to increase as the number of hybrids on our roads increases. Thieves are enterprising (and annoying). Do your best to thwart their efforts with our tips above. For the latest car news and other tips on how to care for your vehicle, check out our blog here.